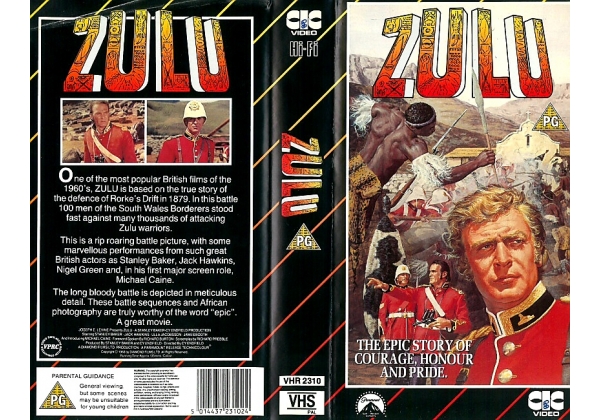 Sleeve Sypnosis:
One of the most popular British films of the 1960's, ZULU is based on the true story of the defence of Rorke's Drift in 1879. In this battle 100 men of the South Wales Borderers stood fast against many thousands of attacking Zulu warriors.

This rip roaring battle picture, with some marvellous performances from such great British actors as Stanley Baker, Jack Hawkins, Nigel Green and, in his first major role, Michael Caine.

The long bloody battle is depicted in meticulous detail. These battle sequences and African photography are truly worthy of the word "epic". A great movie.

Or find "Zulu" on VHS and DVD / BluRay at Amazon.