Year of The Dragon
Cannon 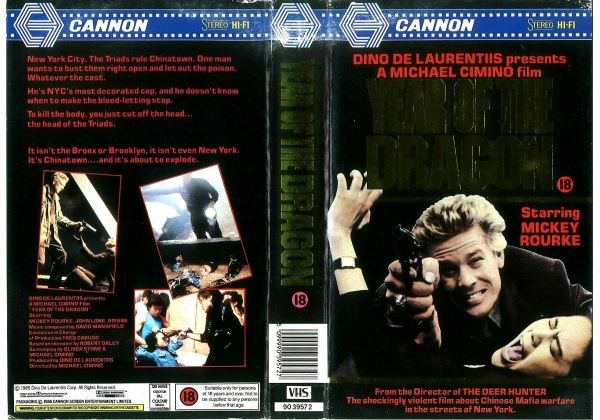 Sleeve Sypnosis:
From the Director of THE DEER HUNTER The shockingly violent film about Chinese Mafia warfare in the streets of New York.

New York City. The Triads rule Chinatown. One man wants to bust them right open and let out the poison. Whatever the cost.

He's NYC's most decorated cop, and doesn't know when to make the blood-letting stop.

To kill the body, you must cut off the head...

the head of the Triads.

It isn't the Bronx or Brooklyn, it isn't even New York. It's Chinatown...and it's about to explode.

Year of The Dragon

Or find "Year of The Dragon" on VHS and DVD / BluRay at Amazon.