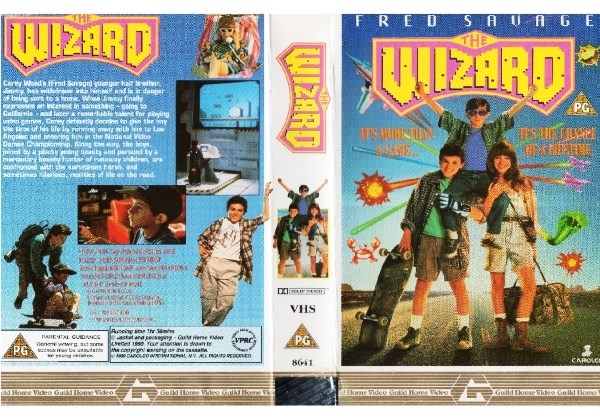 Sleeve Sypnosis:
Corey Wood's (Fred Savage) younger half brother, Jimmy, has withdrawn into himself and is in danger of being sent to a home. When Jimmy finally expresses an interest for something - going to California - and later a remarkable talent for playing video games, Corey defiantly decides to give the boy the time of his life by running away with him to Los Angeles and entering him in the National Video Game Championships. Along the way, the boys, joined by a plucky young beauty and pursued by a mercenary bounty hunter of runaway children, are confronted by the sometimes harsh, and sometimes hilarious, realities of life on the road.

Or find "Wizard, The" on VHS and DVD / BluRay at Amazon.