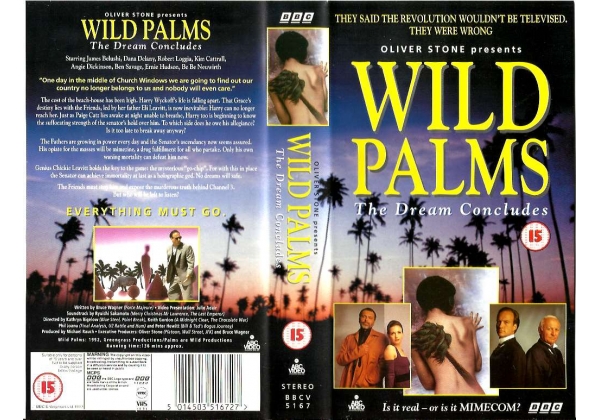 Sleeve Sypnosis:
Is it real - or is it Mimecom?

THEY SAID THE REVOLUTION WOULDN'T BE TELEVISED. THEY WERE WRONG

"One day in the middle of Church Windows we are going to find out our country no longer belongs to us and nobody will even care."

The cost of the beach-house has been high. Harry Wyckoff's life is falling apart. That Grace's destiny lies with the Friends, led by her father Eli Leavitt, is now inevitable: Harry can no longer reach her. Just as Page Catz lies awake at night unable to breathe, Harry too is beginning to know the suffocating strength of the senator's hold over him. To which side does he owe his allegiance? Is it too late to break away anyway?

The Fathers are growing in power every day and the Senator's ascendancy now seems assured. His opiate for the masses will be mimezine, a drug fulfillment for all who partake. Only his own waning mortality can defeat him now.

Genius Chickie Leavitt holds the key to the game: the mysterious "go-chip". For with this on place the Senator can achieve immortality at last as a holographic god. No dreams will safe.

The Friends must stop him and expose the murderous truth behind Channel 3. But who will be left to listen?

Or find "Wild Palms: The Dream Concludes" on VHS and DVD / BluRay at Amazon.