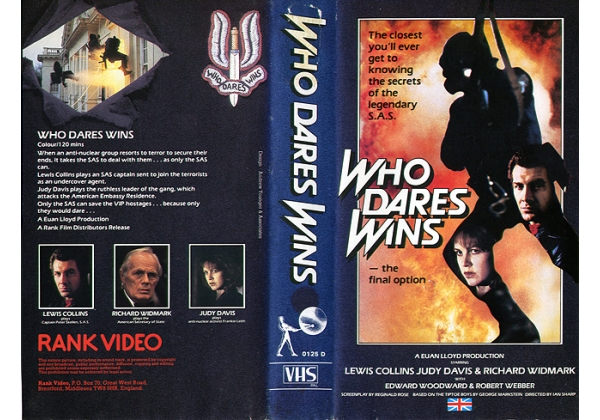 Sleeve Sypnosis:
When an antinuclear group resorts to terror to secure their ends, it takes the SAS to deal with them... as only the SAS can.

Lewis Collins plays an SAS captain sent to join the terrorists as an undercover agent.

Judy Davis plays the ruthless leader of the gang which attacks the American Embassy Residence.

Only the SAS can save the VIP hostages... because only they would dare...

Or find "Who Dares Wins" on VHS and DVD / BluRay at Amazon.