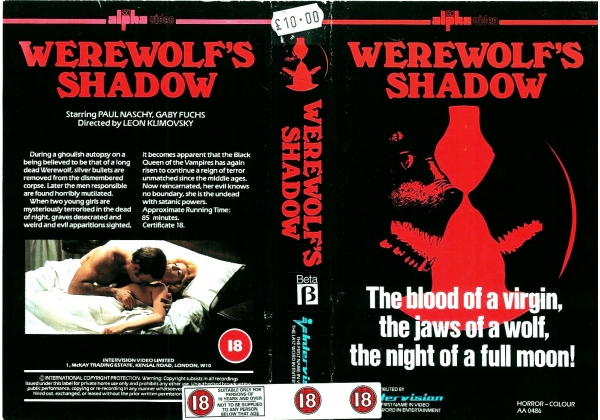 Sleeve Sypnosis:
The blood of a virgin, the jaws of a wolf, the night of a full moon! During a ghoulish autopsy on a being believed to be that of a long dead Werewolf, silver bullets are removed from the dismembered corpse. Later the men responsible are found horribly mutilated. When two young girls are mysteriously terrorised in the dead of night, graves desecrated and weird and evil apparitions sighted, it becomes apparent that the Black Queen of the Vampires has again risen to continue a reign of terror unmatched since the middle ages. Now reincarnated, her evil knows no boundary, she is the undead with satanic powers.

Or find "Werewolf's Shadow" on VHS and DVD / BluRay at Amazon.