Vendetta for the Saint
Channel 5 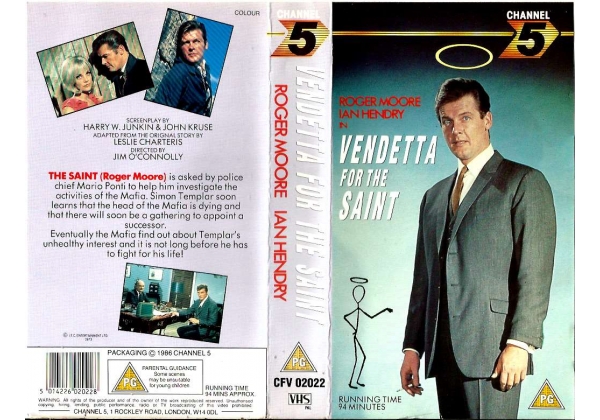 Sleeve Sypnosis:
THE SAINT (Roger Moore) is asked by police chief Mario Ponti to help him investigate the activites of the Mafia. Simon Templar soon learns that the head of the Mafia is dying and that there will soon be a gathering to appoint a successor. Eventually the Mafia find out about Templar's unhealthy intrest and it is not long before he has to fight for his life!