Up The Creek
Orion 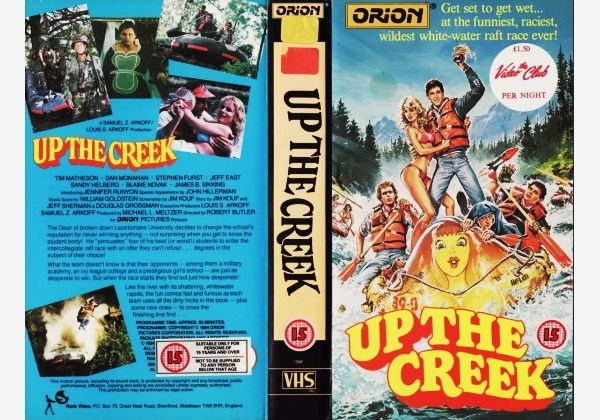 Sleeve Sypnosis:
The Dean of broken down Lepetomane University decides to change the school's reputation for never winning anything - not surprising when you get to know the student body! He "persuades" four of his best (or worst!) students to enter the intercollegiate raft race with an offer they can't refuse... degrees in the subject of their choice! What the team doesn't know is that their opponents - among them a military academy, an ivy league college and a prestigious girl's school are just as desperate to win, But when the race starts they find out just how desperate! Like the river with its shattering, whitewater rapids, the fun comes fast and furious as each team uses all the dirty tricks in the book - plus some new ones - to cross the finishing line first...

Or find "Up The Creek" on VHS and DVD / BluRay at Amazon.