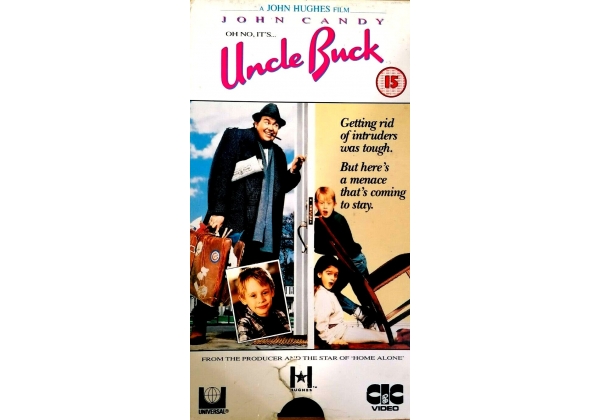 Candy is BUCK RUSSELL, a ne're-do-well who is left in charge of his nephew and two nieces, aged 6-15. The film charts his progress from slob to reasonable human being by having to manage with girlfriend troubles, unemployment, a sex mad neighbour, cooking breakfast and a beautiful but rebellious 15 year old niece. Can Buck cope? Have a great time finding out in 'UNCLE BUCK'.

Or find "Uncle Buck" on VHS and DVD / BluRay at Amazon.