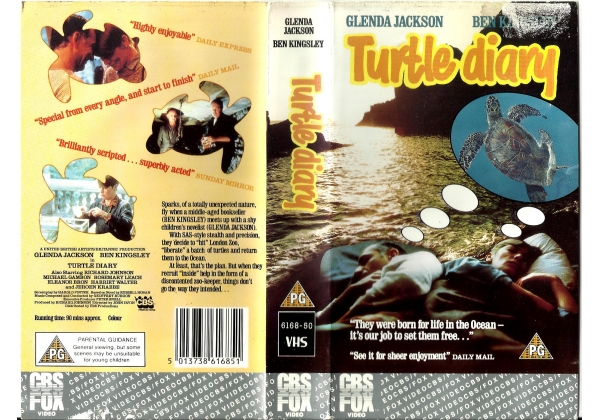 Sleeve Sypnosis:
Sparks, of a totally unexpected nature, fly when a middle-aged bookseller (BEN KINGSLEY) meets up with a shy children's novelist (GLENDA JACKSON).
With SAS-style stealth and precision,they decide to "hit" London Zoo, "liberate" a batch of turtles and return them to the ocean.
At least,that'sthe plan. But when they recruit "inside" help in the form of a discontented zoo-keeper, things don't go the way they intended...

Or find "Turtle Diary" on VHS and DVD / BluRay at Amazon.