Treasure of The Sierra Madre, The (1948)
Warner Home Video 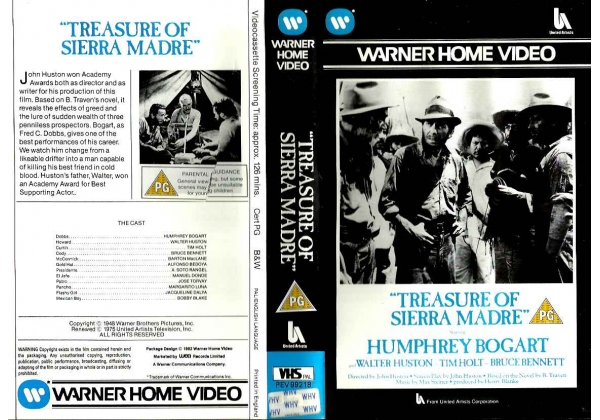 Sleeve Sypnosis:
John Huston won Academy Awards both as director and as writer for his production of this film. Based on B. Traven's novel, it reveals the effects of greed and the lure of sudden wealth of three penniless prospectors. Bogart, as Fred C. Dobbs , gives one of the best performances of his career. We watch him change from a likeable drifter into a man capable of killing his best friend in cold blood. Huston's father, Walter, won an Academy Award for Best Supporting Actor..