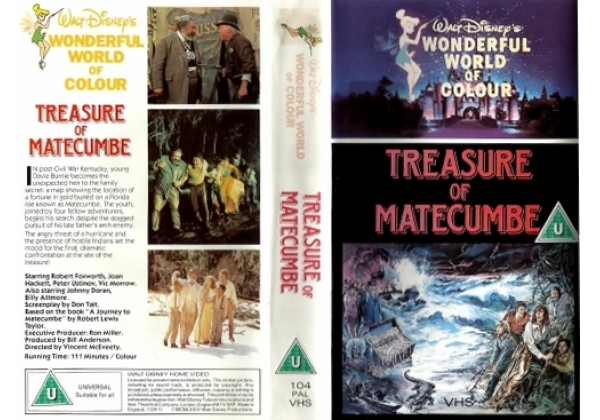 Sleeve Sypnosis:
In post-Civil War Kentucky, young Davie Burnie becomes the unexpected heir to the family secret: a map showing the location of a fortune in gold buried on a Florida isle known as Matecumbe. The youth, joined by four fellow adventurers, begins his search despite the dogged pursuit of his late father's arch enemy. The angry threat of a hurricane and the presence of hostile Indians set the mood for the final, dramatic confrontation at the site of the treasure!

Or find "Treasure Of Matecumbe" on VHS and DVD / BluRay at Amazon.