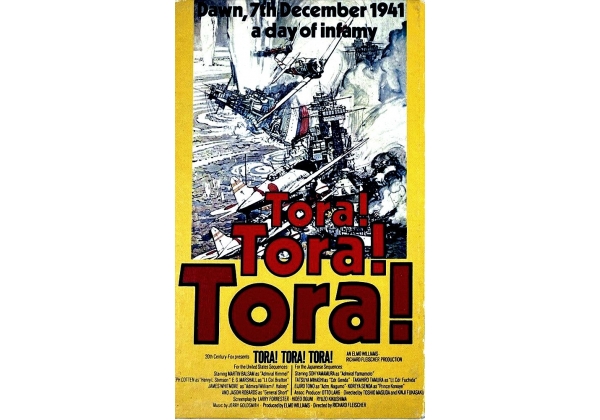 Sleeve Sypnosis:
Dawn, 7th December 1941, a day of infamy
TORA! TORA! TORA! chronicles the true story of the Japanese attack on Pearl Harbour, resulting in one of the most devastating defeats suffered by the Americans at the start of their involvement in World War II. In September 1939, Admiral Yamamoto assumed command of the Japanese Imperial Fleet. A fierce nationalist and patriot, he conceived the idea to strike a death blow to the American Navy based at Pearl Harbour. His plan succeeded on December 7th, 1941, at dawn.