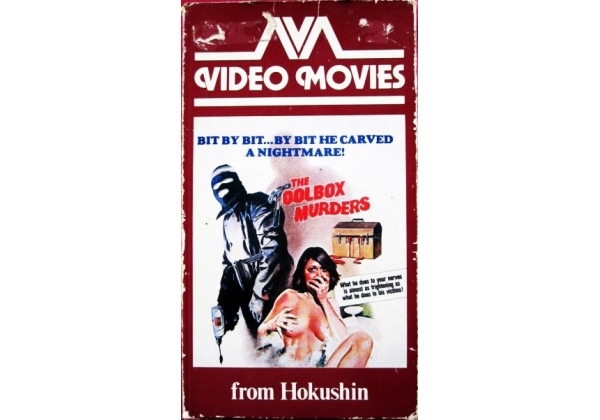 Sleeve Sypnosis:
Bit by bit... by bit he carved a nightmare!
Dead, in an incredibly gory multiple murder, are three attractive female victims, all second-floor residents of the same apartment building. One has been killed with a battery-powered hand drill, one bludgeoned to death with a claw hammer, and the final victim stabbed repeatedly with a screwdriver. The police are baffled. By nightfall there are no clues. Then the apartment of a young would-be stripper is broken into, and the girl is raped before she is brutally murdered by three-inch nails propelled from a nailgun. This is just the beginning.

Or find "Toolbox Murders, The" on VHS and DVD / BluRay at Amazon.