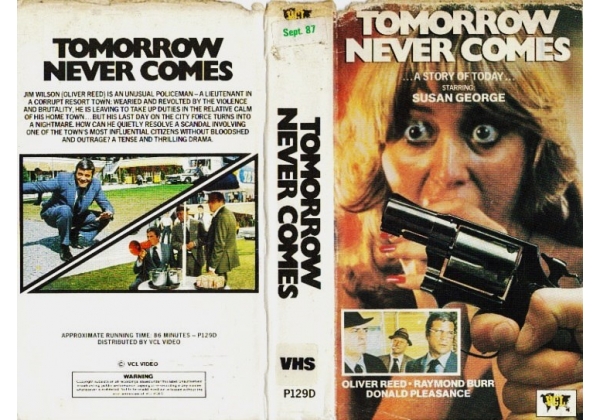 Sleeve Sypnosis:
Jim Wilson (Oliver Reed) is an unusual policeman - a lieutenant in a corrupt resort town: wearied and revolted by the violence and brutality, he is leaving to take up duties in the relative calm of his home town... but his last day on the city force turns into a nightmare. How can he quietly resolve a scandal involving one of the town's most influential citizens without bloodshed and outrage? A tense and thrilling drama.

Or find "Tomorrow Never Comes" on VHS and DVD / BluRay at Amazon.