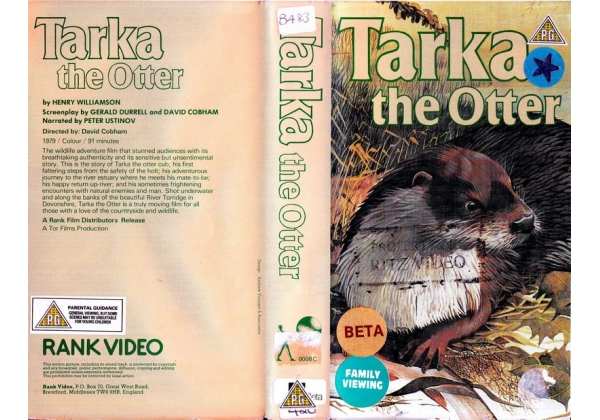 Sleeve Sypnosis:
The wildlife adventure film that stunned audiences with its breathtaking authenticity and its sensitive but unsentimental story. This is the story of Tarka the otter cub; his first faltering steps from the safety of the holt; his adventurous journey to the river estuary where he meets his mate-to-be; his happy return up-river; and his sometimes frightening encounters with natural enemies and man. Shot underwater and along the banks of the beautiful River Torridge in Devonshire, Tarka the Otter is a truly moving film for all those with a love of the countryside and wildlife.

Or find "Tarka the Otter" on VHS and DVD / BluRay at Amazon.