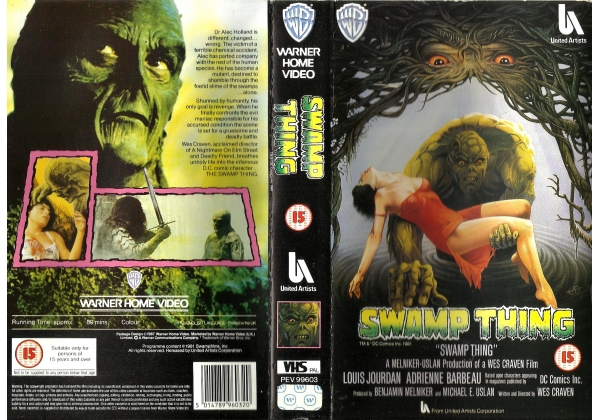 Sleeve Sypnosis:
Dr Alec Holland is different, changed... wrong. The victim of a terrible chemical accident. Alec has parted company with the rest of the human species. He has become a mutant, destined to shamble through the foetid slime of the swamps...alone. Shunned by humanity, his only goal is revenge. When he finally confronts the evil maniac responsible for his accursed condition the scene is set for a gruesome and deadly battle.

Or find "Swamp Thing" on VHS and DVD / BluRay at Amazon.