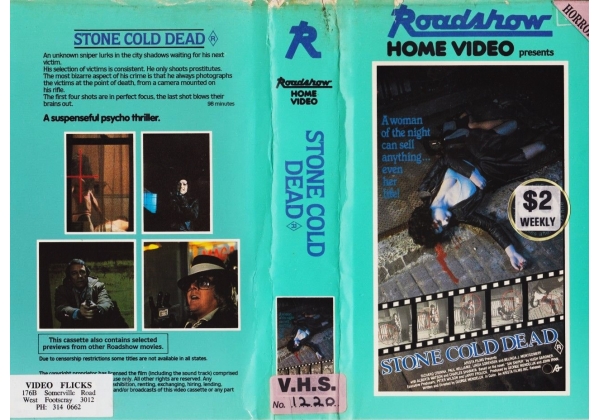 Sleeve Sypnosis:
An unknown sniper lurks in the city shadows waiting for his next victim. His selection of victims is consistent. He only shoots prostitutes. The most bizzarre aspect of his crime is that he always photographs the victims at the point of death, from a camera mounted on his rifle. The first four shots are in perfect focus, the last shot blows their brains out.

Or find "Stone Cold Dead" on VHS and DVD / BluRay at Amazon.