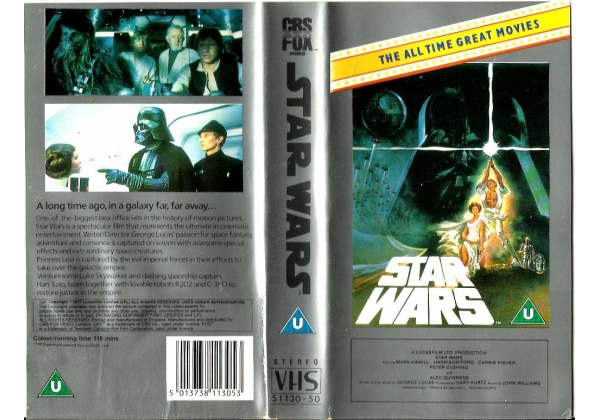 One of the biggest box office hits in the history of motion pictures, Star Wars is a spectacular film that represents the ultimate in cinematic entertainment. Writer/Director George Lucas' passion for space fantasy, adventure and romance is captured on screen with awesome special effects and extraordinary space creatures.Princess Leia is captured by the evil imperial forces in their efforts to take over the galactic empire.

Venturesome Luke Skywalker and dashing spaceship captain Han Solo, team together with lovable robots R2D2 and C-3PO to restore justice in the empire.