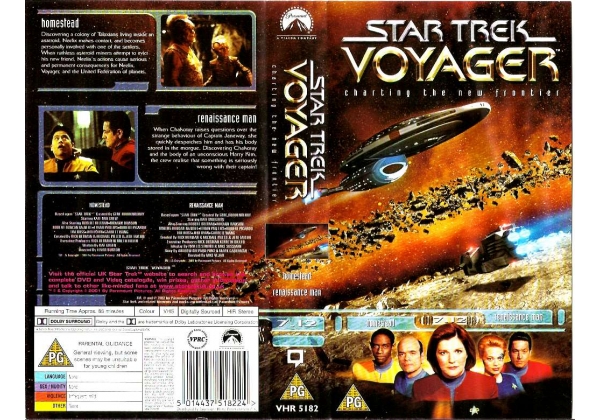 Sleeve Sypnosis:
Discovering a colony of Talaxians living inside an astroid, Neelix makes contact, and becomes personaly involved with one of the settlers. When ruthless asteroid miners attempt to evict his new friend, Neelix's actions cause serious and permanent consequences for Neelix, Voyager, and the United Federation of planets.

When Chakotay raises questions over the strange behaviour of Capatin Janeway, she quickly despatches him and his body stored in the morgue. Discovering Chakotay and the body of an unconscious Harry Kim, the crew realise that something is seriously wrong with their captain!