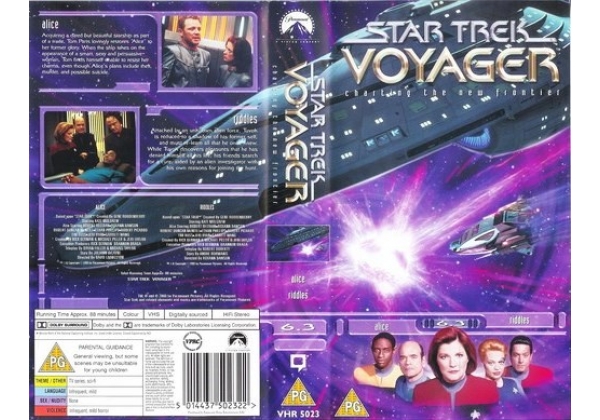 Sleeve Sypnosis:
Alice
Acquiring a dated but beautiful starship as part of a trade, Tom Paris lovingly restores "Alice" to her former glory. When the ship takes on the appearance of a smart, sexy and persuasive woman, Tom finds himself unable to resist her charms, even though Alice's plans include theft and murder, and possible suicide.

Attacked by an unknown alien force, Tuvok is reduced to a shadow of his former self, and must re-learn al that he once knew. . While Tuvok discovers pleasures that he has denied himslf all his life, his friends search for a cure, aided by an alien investigator with his own reasons for joining the hunt.