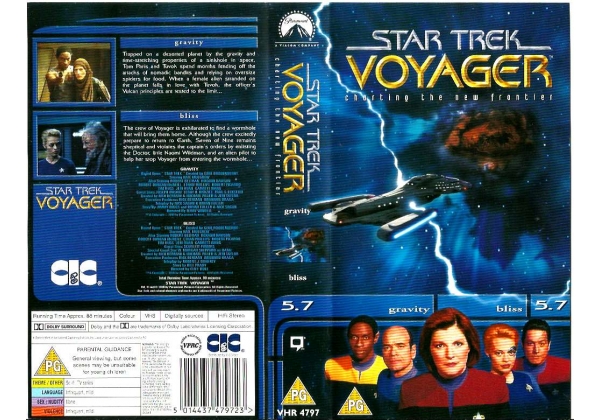 Trapped on a deserted planet by the gravity and time-stretching properties of a sinkhole in space. Tom Paris and Tuvok spend months fending off the attacks of nomadic bandits and relying on oversize spiders for food. When a female alien stranded on the planet falls in love with Tuvok, the officer's Vulacn principals are tested to the limit...

The crew of Voyager is exhilharated to find a wormhole that will bring them home. Although he crew excitedly prepare to return to Earth. Seven of Nine remains skeptical and violates the captain's orders by enlisting the Doctor, little Naomi Wildman, and an alien pilot to help her stop Voyager from entering the wormhole...