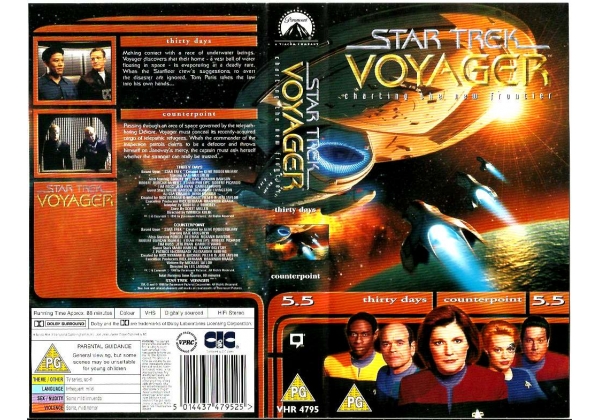 Making contact with a race of underwater beings. Voyager discovers that their home - a vast ball of water floating in space - is evapourating at a deadly rate. When the Starfleet crew's suggestions to avert the disaster are ignored. Tom Paris takes the law into his own hands...

Passing through an area of space governed by the telepath-hating Devore, Voyager must conceal its recently-acquired cargo of telepathic refuges. When the commander of the inspection patrols claims to be a defector and throws himself on Janeway's mercy, the captain must ask herself whether the stranger can really be trusted...