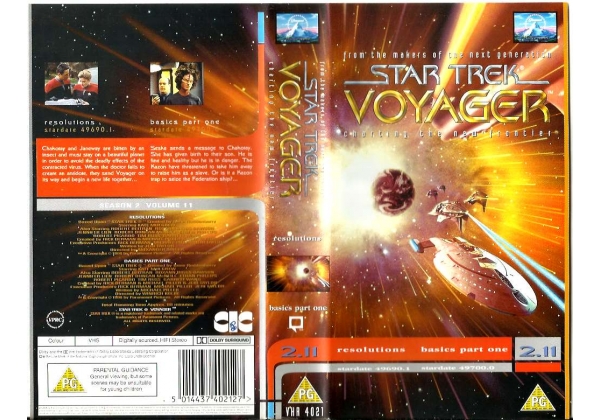 Chakotay and Janeway are bitten by an insect and must stay on a beautiful planet in order to avoid the deadly effects of the contracted virus. When the doctor fails to create the antidote, they send Voyager on its way and begin a new life together...

Seska sends a message to Chakotay. She has given birth to their son. He is fine and healthy but he is in danger. The Kazon have threatened to take him away to raise him a slave. Or is it Kazon trap to seize the Federation ship...

Or find "Star Trek: Voyager 2.11 - Resolutions/Basics Part One" on VHS and DVD / BluRay at Amazon.