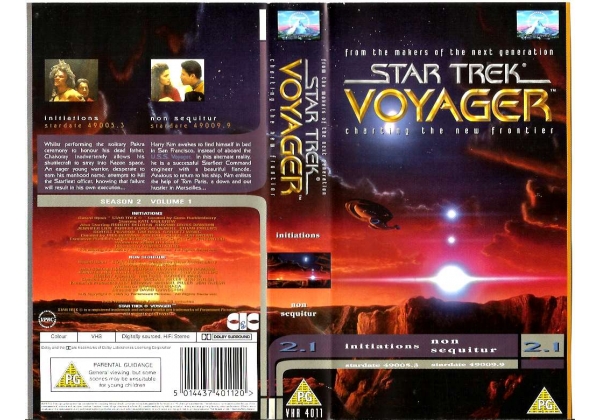 Whilst performing the solitary Pakra ceremony to honour his dead father, Chakotay inadvertently allows his shuttlecraft to stray into Kazon space. An eager young warrior, desperate to earn his manhood name, attempts to kill the Starfleet officer, knowing that failure will result in his own execution...

Harry Kim awakes to find himself in bed in San Francisco, instead of aboard the U.S.S. Voyager. In this alternative reality, he is a successful Starfleet Command engineer with a beautiful fiancee. Anxious to return to his ship, Kim enlists the help of Tom Paris, a down and out hustler in Marseilles...