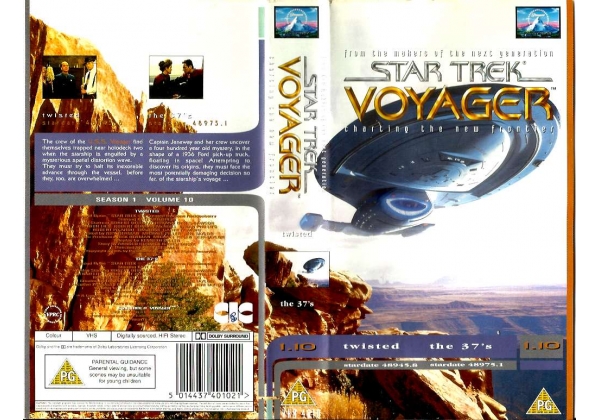 The crew of the U.S.S. Voyager find themselves trapped near the holodeck two when the starship is engulfed by a mysterious spatial distortion wave. They must try to halt its inexorable advance through the vessel, before they, too, are overwhelmed.

Captain Janeway and her crew uncover a four hundred year old mystery, in the shape of a 1936 Ford pick-up truck, floating in space! Attempting to discover its origins, they must face the most potentially damaging decision so far, of the starship's voyage....