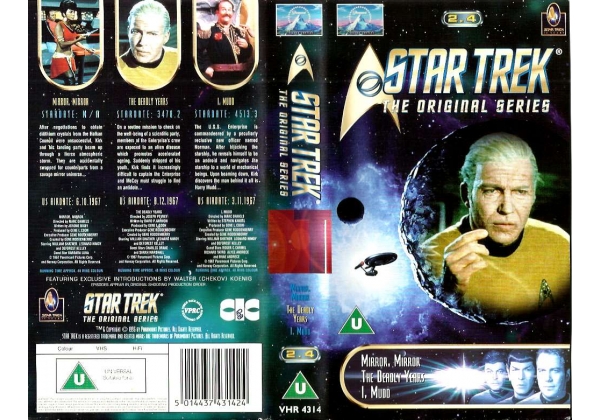 After negotiations to obtain dilithium from the Halkan Council were unsuccessful, Kirk and his landing party beam up through a fierce atmospheric storm. They are accidentally swapped for counterparts from a savage mirror universe...

On a routine mission to check on the well-being of a scientific party, members of the Enterprise's crew are exposed to an alien disease which promotes accelerated ageing. Suddenly stripped of his youth, Kirk finds it increasingly difficult to captain the Enterprise and McCoy must struggle to find an antidote...

I, MUDD
Stardate: The U.S.S. Enterprise is commandeered by a peculiarly reclusive new officer named Norman. After hijacking the starship, he reveals himself to be an android and navigates the starship to a world of mechanical beings. Upon beaming down, Kirk discovers the man behind it all is Harry Mudd...