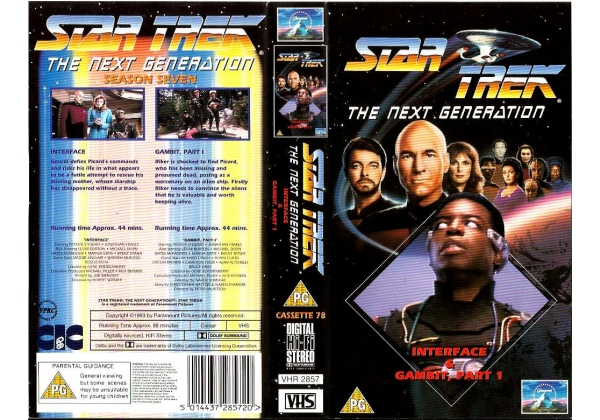 Geordi defies Picard's commands and risks his life in what appears to be futile attempt to rescue is missing morther, whose starship has disappeared without trace.

Riker shocked to find Picard, who has been missing and presumed dead, posing as a mercenary on an alien ship. Firstly,Riker needs to onvince the aliens that he is valuable and worth keeping alive.

Or find "Star Trek: The Next Generation Cassette 78 - Interface/Gambit, Pa" on VHS and DVD / BluRay at Amazon.