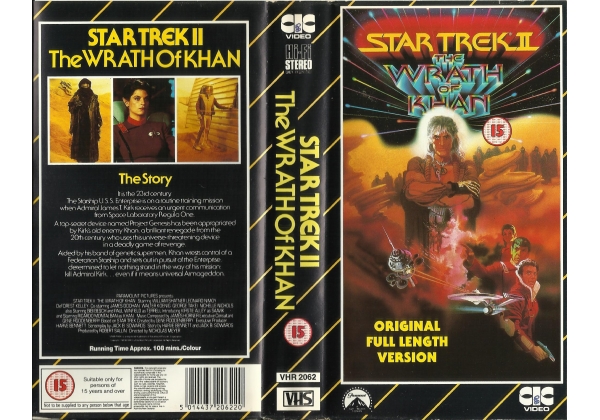 Additional Notes:
Run Time: 108 mins. First UK retail release from 1989. This version of Star Trek II has a number of scenes reinstated in the film. One bone of contention with the BBFC (British Board of Film Classification) was the close up of the alien slug emerging from Chekov's ear, which was given a wider close-up on the theatrical cut version which was released by CIC video in the early 1980's in the UK. In the full length version, the shot of the alien slug crawling bloodily out of Chekov's ear is fully reinstated. The BBFC also gave this version of Star Trek II a higher 15 rating. The 15 rating given to Star Trek II was the highest BBFC classification for any of the Star Trek films released on home video in the UK.