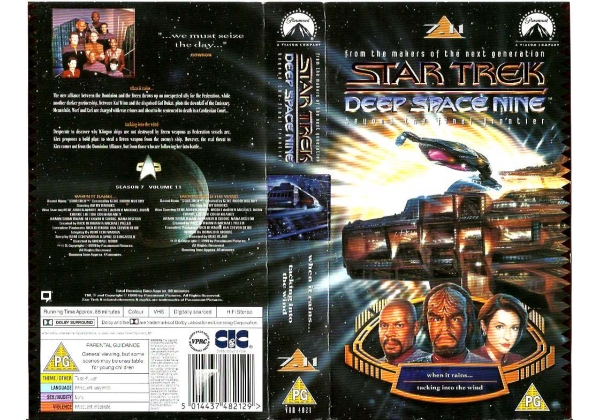 The new alliance between the Dominion and the Breen throws up an unexpected ally for the Federation, while another darker partnership, between kai Winn and the disguised Gul Dukat, plots the downfall of the Emissary. Meanwhile, Worf and Ezri are charged with war crimes and about to be sentenced to death in a Cardassian Court...

Tacking Into The Wind

Desperate to discover why Klingon ships are not destroyed by Breen weapons as the Federation vessels are, Kira proposes a blod plan: to steal a Breen weapon from the enemy's ship. However, the real threat to Kira comes not from the Dominion Alliance, but those who are following her into battle...

Star Trek: Deep Space Nine Vol. 7.11 - When It Rains/Tacking Into

Or find "Star Trek: Deep Space Nine Vol. 7.11 - When It Rains/Tacking Into" on VHS and DVD / BluRay at Amazon.