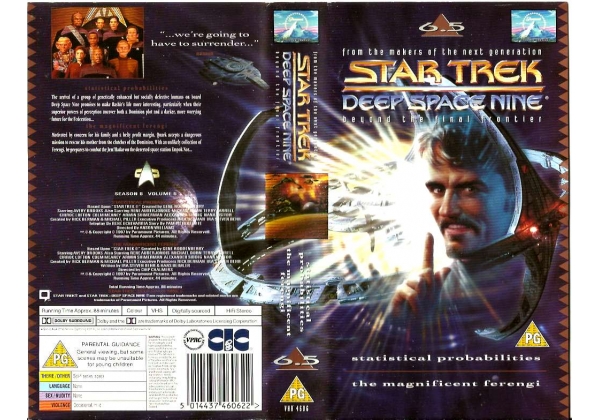 Sleeve Sypnosis:
"...we're going to have to surrender..."
BASHIR

The arrival of a group of genetically enhanced but socially defective humans on board Deep Space Nine promises to make Bashir's life more intresting, particularly when their superior powers of perception uncover both a Dominion plot and a darker, more worrying future for the federation...

Motivated by concern for his family and a hefty profit margin, Quark accepts a dangerous mission to rescue his mother from the clutches of the Dominion. With an unlikely collection of Ferengi, he prepares to combat the Jem'Hadar on the deserted space station Empok Nor...