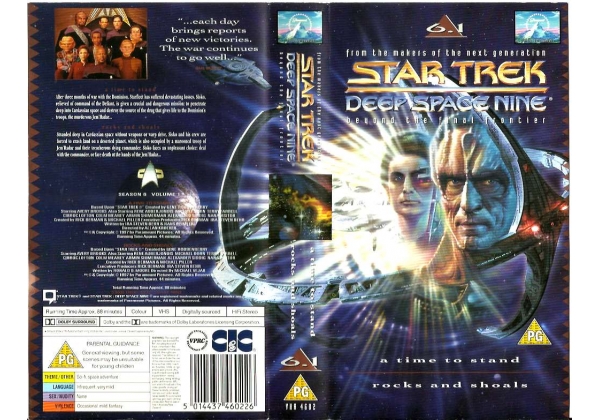 A Time To Stand

After three months of war with the Dominion, Starfleet has suffered devstating losses. Sisko, relived of command of the Defiant, is given a crucial and dangerous mission: to penetrate deep into Cardassian space and destroy the source of the drug that gives life to the Dominion's troops, the murderous Jem'Hadar...

Stranded deep in Cardassian space without weapons or warp drive, Sisko and his crew are forced to crash land on a deserted planet, which is also occupied by a marooned troop of Jem'Hadar and their treacherous dying commander. Sisko faces an unpleasent choice: deal with commander, or face death at the hands of the Jem'Hadar...