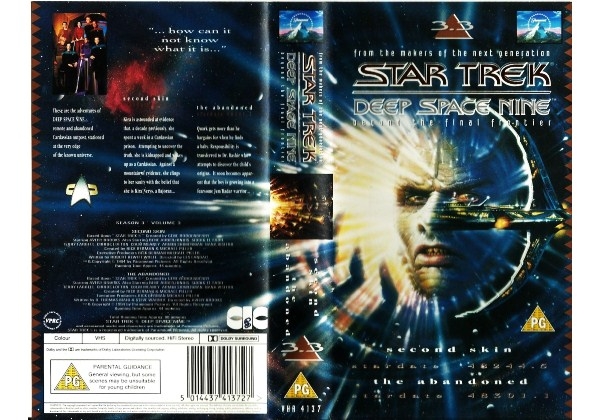 Kira is astounded at evidence that, a decade previously, she spent a week in a Cardassian prison. Attempting to uncover the truth, she is kidnapped and wakes up as a Cardassian. Against a mountain of evidence, she clings to her sanity with the belief that she is Kira Nerys, Bajoran...

Quark gets more than he bargins for when he finds a baby. Responsibility is transferred to Dr. Bashir who attempts to discover the Child's origins. It soon becomes apparent that the boy is growing into a fearsome Jem Hardar warrior...