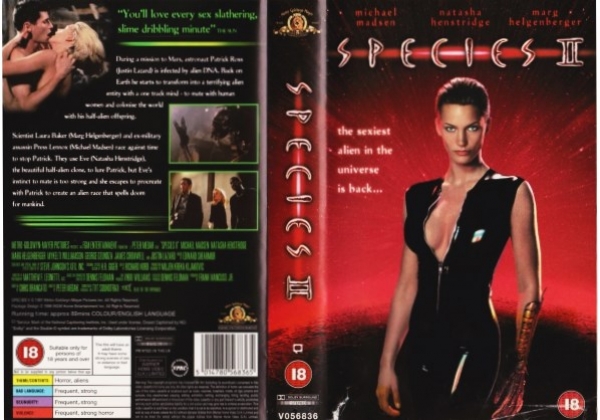 During a mission to Mars, astronaut Patrick Ross (Justin Lazard) is infected by alien DNA. Back on Earth he starts to transform into a terrifying alien entity with a one track mind - to mate with human women and colonise the world with his half-alien offspring.

Scientist Laura Baker ( Marg Helgenberger) and ex-military assassin Press Lennox (Michael Madsen) race against time to stop Patrick. They use Eve (Natasha Henstridge), the beautiful half-alien clone, to lure Patrick, but Eve's instinct to mate is too strong and she escapes to procreate with Patrick to create an alien race that spells doom for mankind.

Or find "Species II" on VHS and DVD / BluRay at Amazon.