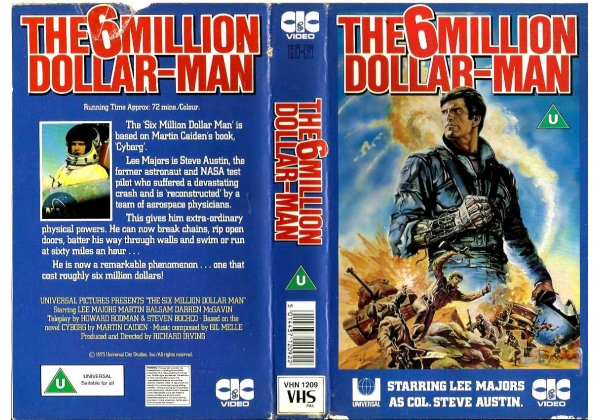 Lee Majors is Steve Austin, the former astronaut and NASA test pilot who suffered a devastating crash and is 'reconstructed' by a team of aerospace physicians. This gives him extra-ordinary physical powers. He can now break chains, rip open doors, batter his way through walls and swim or run at sixty miles an hour. . .

He is now a remarkable phenomenon. . .one that cost roughly six million dollars.

Or find "Six Million Dollar Man, The" on VHS and DVD / BluRay at Amazon.