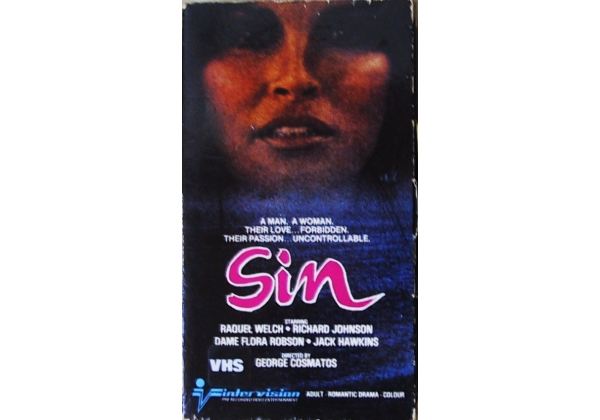 Sleeve Sypnosis:
SIN is a powerful and compelling human drama centred on the lives of the inhabitants of a Mediterranean island. The time could be now... or a century ago, for generations of peasantry time is utterly meaningless. Their archaic traditions, their superstitions the religious beliefs remain unchanged-buttressing the rigid structure of their primitive society. Taboos that stifle the release of man's natural and vital urges. In their world, release of carnal desire can only lead to destruction. A man and a woman meet in secret .Their love is forbidden, but their passion is uncontrollable finally, consumed by burning love and bitter hate, they become the inevitable victims of their own folly.

Or find "Sin" on VHS and DVD / BluRay at Amazon.