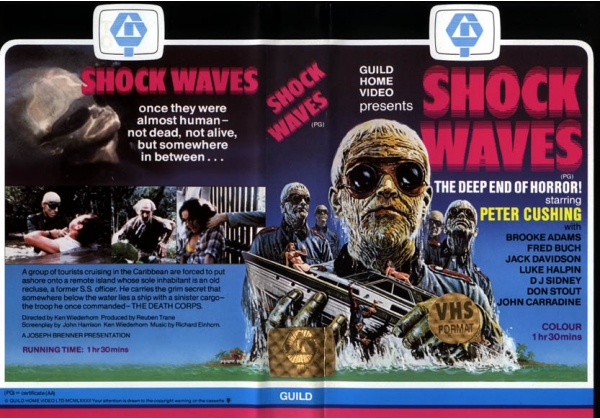 Sleeve Sypnosis:
THE DEEP END OF HORROR!
Once they were almost human - not dead, not alive, but somewhere in between... A group of tourists cruising in the Caribbean are forced to put ashore onto a remote island whose sole inhabitant is an old recluse, a former S.S. officer. He carries the grim secret that somewhere below the water lies a ship with a sinister cargo - the troop he once commanded - THE DEATH CORPS.

Or find "Shock Waves" on VHS and DVD / BluRay at Amazon.