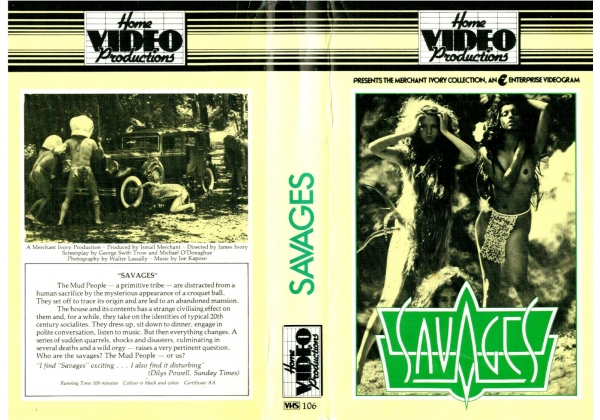 Sleeve Sypnosis:
The Mud People - a primitive tribe - are distracted from a human sacrifice by the mysterious appearance of a croquet ball. They set off to trace its origin and are led to an abandoned mansion. The house and its contents has a strange civilising effect on them and, for a while, they take on the identities of typical 20th century socialites. They dress up, sit down to dinner, engage in polite conversation, listen to music. But then everything changes. A series of sudden quarrels, shocks and disasters, culminating in several death and a wild orgy - raises a very pertinent question. Who are the savages? The Mud People - or us?

Or find "Savages" on VHS and DVD / BluRay at Amazon.