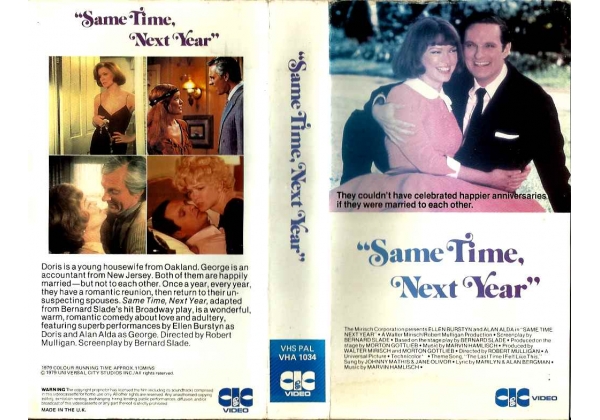 Sleeve Sypnosis:
They couldn't have celebrated happier anniversaries if they were married to each other.


Doris is a young housewife from Oakland. George is an accountant from New Jersey. Both of them are happily married-but not to each other. Once a year, every year, they have a romantic reunion, then return to their unsuspecting spouses.

Or find "Same Time, Next Year" on VHS and DVD / BluRay at Amazon.