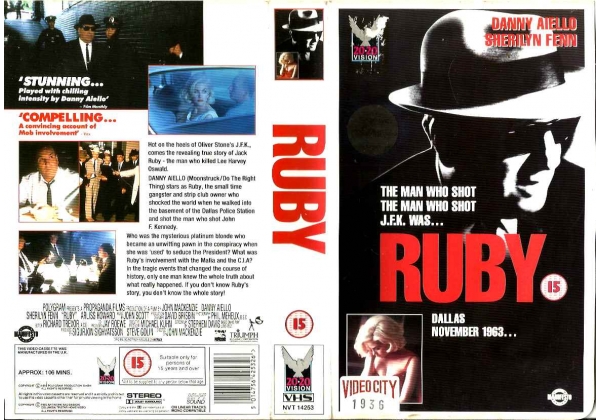 Danny Aiello (Moonstruck/Do The Right Thing) stars as Ruby, the small time gangster and strip club owner who shocked the world when he walked into the basement of the Dallas Police Station and shot the man who shot John F. Kennedy.

Who was the mysterious platinum blonde who became an unwitting pawn in the conspiracy when she was 'used' to seduce the President? What was Ruby's involvement with the Mafia and the C.I.A? in the tragic events that changed the course of history, only one man knew the whole truth about what really happend.

If you don't know Ruby's story, you won't know the whole story!

Or find "Ruby" on VHS and DVD / BluRay at Amazon.