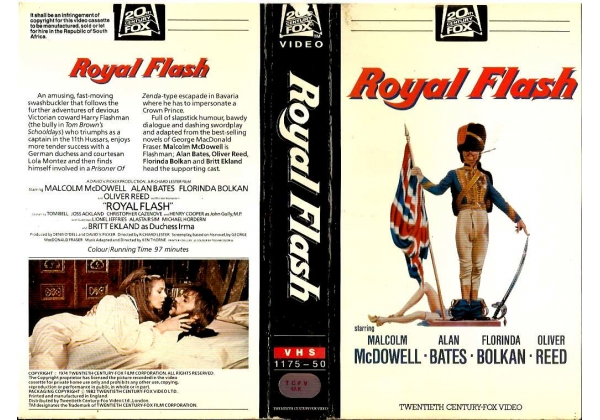 Sleeve Sypnosis:
An amusing, fast-moving swashbuckler that follows the further adventures of devious Victorian coward Harry Flashman (the bully from Tom Brown's Schooldays) who triumphs as a captain in the 11th Hussars, enjoys more tender success with a German duchess and courtesan Lola Montez and then finds himself involved in a Prisoner Of Zenda - type escapade in Bavaria where he has to impersonate a Crown Prince.

Or find "Royal Flash" on VHS and DVD / BluRay at Amazon.