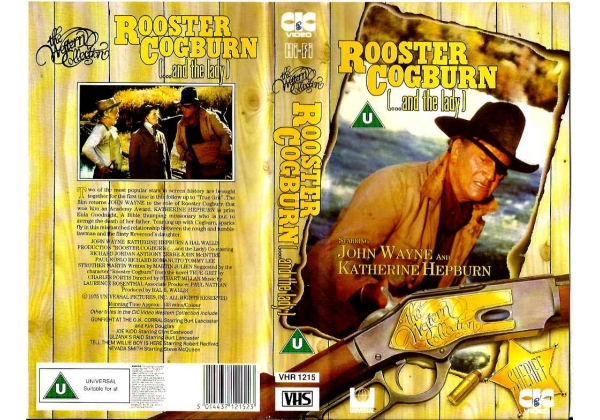 Sleeve Sypnosis:
Two of the most popular stars in screen history are brought together for the first time in this follow up to "True Grit". The film returns John Wayne to the role of Rooster Cogburn that won him an Academy Award. KATHERINE HEPBURN is prim Eula Goodnight, A Bible thumping missionary who is out to avenge the death of her late father. Teaming up with Cogburn, sparks fly in this mismatched relationship between the rough and tumble lawman and his flinty Reverend's daughter.

Or find "Rooster Cogburn" on VHS and DVD / BluRay at Amazon.