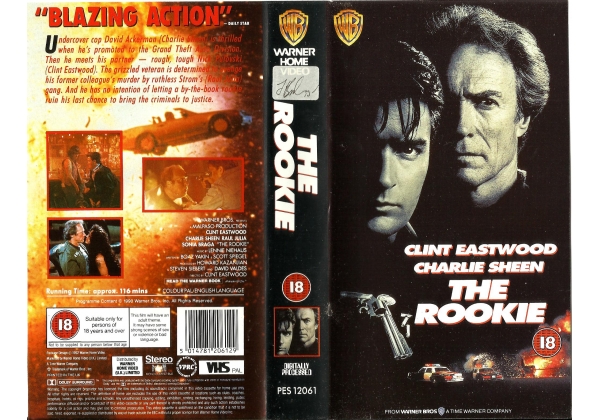 Undercover cop David Ackerman (Charlie Sheen) is thrilled when he's promoted to the Grand Theft Auto Division. Then he meets his partner - rough, tough Nick Pulovski (Clint Eastwood). The grizzled veteran is determined to avenge his former collegue's murder by ruthless Storm's (Raul Julia) gang. And he has no intention of letting a by-the-book rookie ruin his last chance to bring the criminals to justice.

Or find "Rookie, The" on VHS and DVD / BluRay at Amazon.