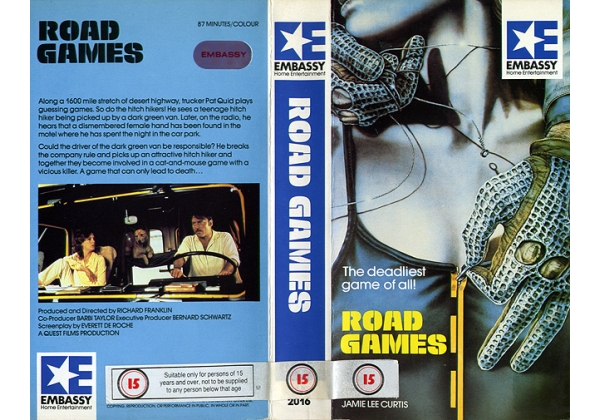 Sleeve Sypnosis:
Along a 1600 mile stretch of desert highway, trucker Pat Quid plays guessing games. So do the hitch hikers! He sees a teenage hitch hiker being picked up by a dark green van. Later, on the radio, he hears that a dismembered female hand has been found in the motel where he has spent the night in the car park. Could the driver of the dark green van be responsible? He breaks the company rule and picks up an attractive hitch hiker and together they become involved in a cat-and-mouse game with a vicious killer. A game that can only lead to death...

Or find "Road Games" on VHS and DVD / BluRay at Amazon.