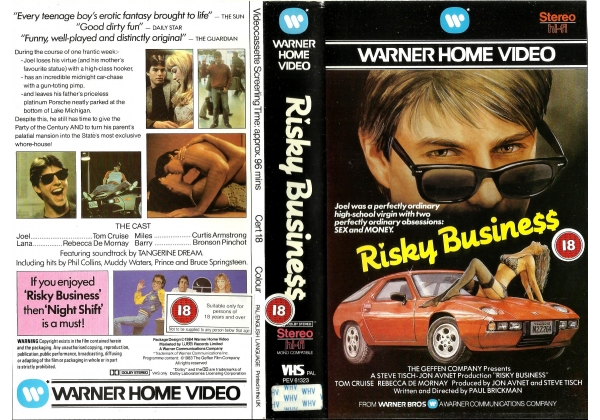 Sleeve Sypnosis:
During the course of one frantic week:- - Joel loses his virtue (and his mother's favourite statue) with a high class hooker, - has an incredible midnight car-chase with a gun-toting pimp, - and leaves his father's priceless platinum Porsche neatly parked at the bottom of Lake Michigan. Despite this, he still has time to give the Party of the Century AND to turn his parent's palatial mansion into the State's most exclusive whore-house!

Or find "Risky Business" on VHS and DVD / BluRay at Amazon.