Return of the Pink Panther, The
Precision 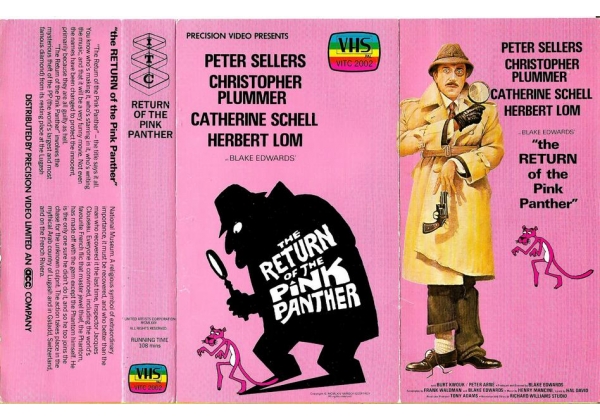 Sleeve Sypnosis:
"The Return of the Pink Panther" - the title says it all. You know who's making it, who's starring in it, who's writing the music, and that it will be a very funny movie. Not even the names have been changed to protect the innocent, primarily because they are all guilty as hell. "The Return of the Pink Panther" involves the mysterious theft of the PP (the world's largest and most famous diamond) from its resting place at the Lugash National Museum. A religious symbol of extraordinary importance, it must be recovered, and who better than the man who recovered it the last time, Inspector Jacques Clouseau. Everyone is convinced, including the world's favourite French flic that master jewel thief, the Phantom himself. He is the only one sure he didn't do it, and so he too joins the chase for the unknown culprit. The action takes place in the mythical Arab country of Lugash and in Gstadd, Switzerland, and on the French Riviera.

Return of the Pink Panther, The

Or find "Return of the Pink Panther, The" on VHS and DVD / BluRay at Amazon.