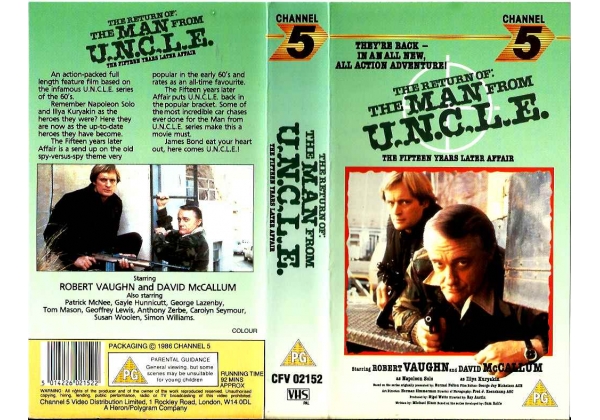 Sleeve Sypnosis:
An action-packed full length feature film based on the infamous U.N.C.L.E. series of the 60's. Remember Napoleon Solo and Iillya Kuryakin as the heroes they were? Here they are now as up-to-date heroes they have become.