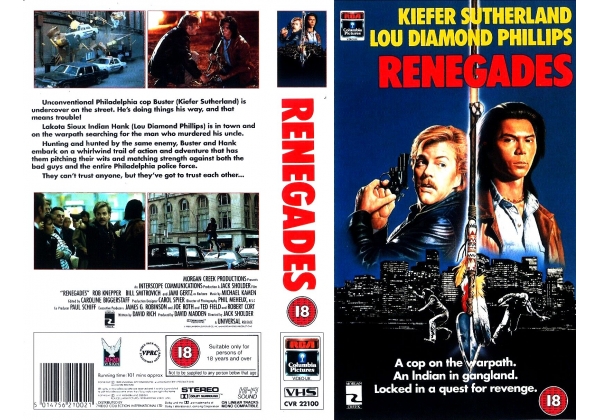 Lakota Sioux Indian Hank (Lou Diamond Phillips) is in town and on the warpath searching for the man who murdered his uncle. Hunting and hunted by the same enemy, Buster and Hank embark on a whirlwind trail of action and adventure that has them pitching their wits and matching stength against both the bad guys and the entire Philadelphia police force.

They can't trust anyone, but they've got to trust each other...

Or find "Renegades" on VHS and DVD / BluRay at Amazon.