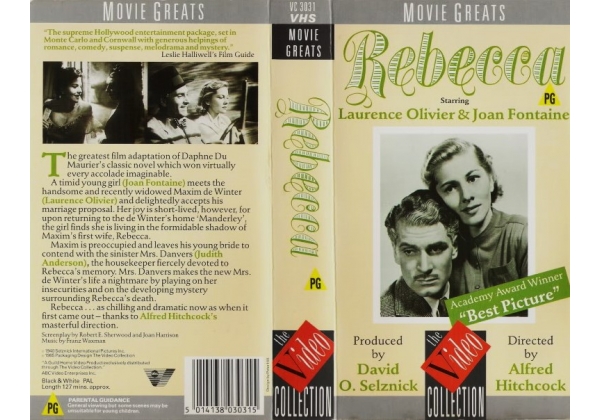 The greatest film adaptation of Daphne Du Maurier's classic novel which won virtually every accolade imaginable. A timid young girl (Joan Fontaine) meets the handsome and recently widowed Maxim de Winter (Laurence Olivier) and delightedly accepts his marriage proposal. Her joy is short-lived, however, for upon returning to the de Winter's home 'Manderley', the girl finds she is living in the formidable shadow of Maxim's first wife, Rebecca. Maxim is preoccupied and leaves his young bride to contend with the sinister Mrs. Danvers (Judith Anderson), the housekeeper fiercely devoted to Rebecca's memory. Mrs. Danvers makes the new Mrs. de Winter's life a nightmare by playing on her insecurities and on the developing mystery surrounding Rebecca's death. Rebecca... as chilling and dramatic now as when it first came out - thanks to Alfred Hitchcock's masterful direction.