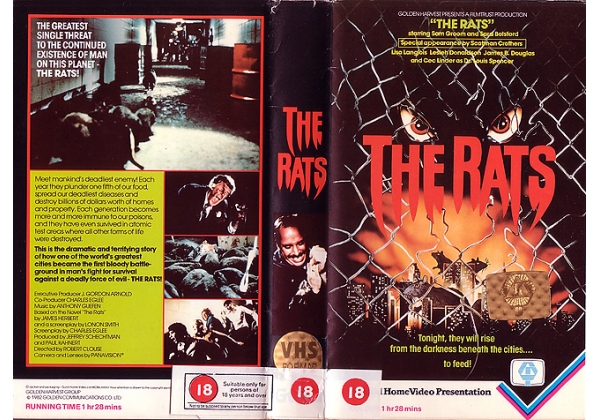 Sleeve Sypnosis:
Meet mankind's deadliest enemy! Each year they plunder one fifth of our food, spread our deadliest diseases and destroy billions of dollars worth of homes and property. Each generation becomes more and more immune to our poisons, and they have even survived in atomic test areas where all other forms of life were destroyed. This is the dramatic and terrifying story of how one of the world's greatest cities became the first bloody battle-ground in man's fight for survival against a deadly force of evil - THE RATS!

Or find "Rats, The" on VHS and DVD / BluRay at Amazon.